“We can’t turn back the clock. We can only turn to the future together. What we can do as leaders, both Native American and white, is teach others that we can change attitudes.” These were the words of South Dakota Governor George S. Mickelson at the very first Native Americans’ Day, which was hosted by Crazy Horse Memorial on October 8th, 1990. The event was attended by more than 1,200 people.

South Dakota is the only state that celebrates Native Americans’ Day on what the state formerly recognized as “Columbus Day.” Elsewhere, the day continues to be observed as Columbus Day. In 1989, the South Dakota State Legislature approved the change proposed by Governor Mickelson, who declared 1990 as a “Year of Reconciliation” and called for the first Native Americans’ Day observance to be held at Crazy Horse Memorial. Significant is the fact that 1990 also marked the 100th anniversary of the Wounded Knee Massacre.

In essence, Native Americans’ Day, which continues to be celebrated at Crazy Horse Memorial is about understanding that there is and has always been another side to American History. It was this side of the country’s history that Henry Standing Bear desired to have told and it was this side of the story that Korczak and Ruth Ziolkowski dedicated the better part of their lives to sharing with the world.

The Native Americans’ Day celebration at Crazy Horse each year includes naming the Crazy Horse Memorial Educator of the Year, honoring an individual who has made significant contributions to Native American education. The award includes a $1,000 grant to the recipient’s school library or to programs of his or her choice that help students.

In 2012, speaking about the concept of Native American Day, the late Ruth Ziolkowski commented, “Korczak would have loved it . . . because it shows how the cultures can share."

This years celebration will include:
8 am to 3 pm - Hands-on Activities, fun for all ages!

10 am - Native Americans' Day Program, enjoy information from cultural leaders, prayers, Native American dance performance and the announcement of the Educator of the Year.

Throughout the day you can experience:
Storyteller performances by Gus Yellow Hair & Lula Red Cloud.

FREE Buffalo Stew will be served following the blast in Laughing Water Restaurant until 4 pm. Crazy Horse Memorial Foundation would like to Thank Custer State Park for generously providing the buffalo meat for the stew.

Admission will be waived with 3 cans of food per person.

Join us Monday, October 12, 2015 and enjoy all the Crazy Horse Memorial has to offer. Visitors have the opportunity to see over 11,000 artifacts and contemporary pieces of artwork in the INDIAN MUSEUM OF NORTH AMERICA®, a short introductory film detailing the history of the project, visit with Native American artists and much more. Don't forget to visit Bruno the Bison in the lower level of the NATIVE AMERICAN HISTORY & CULTURAL CENTER®. 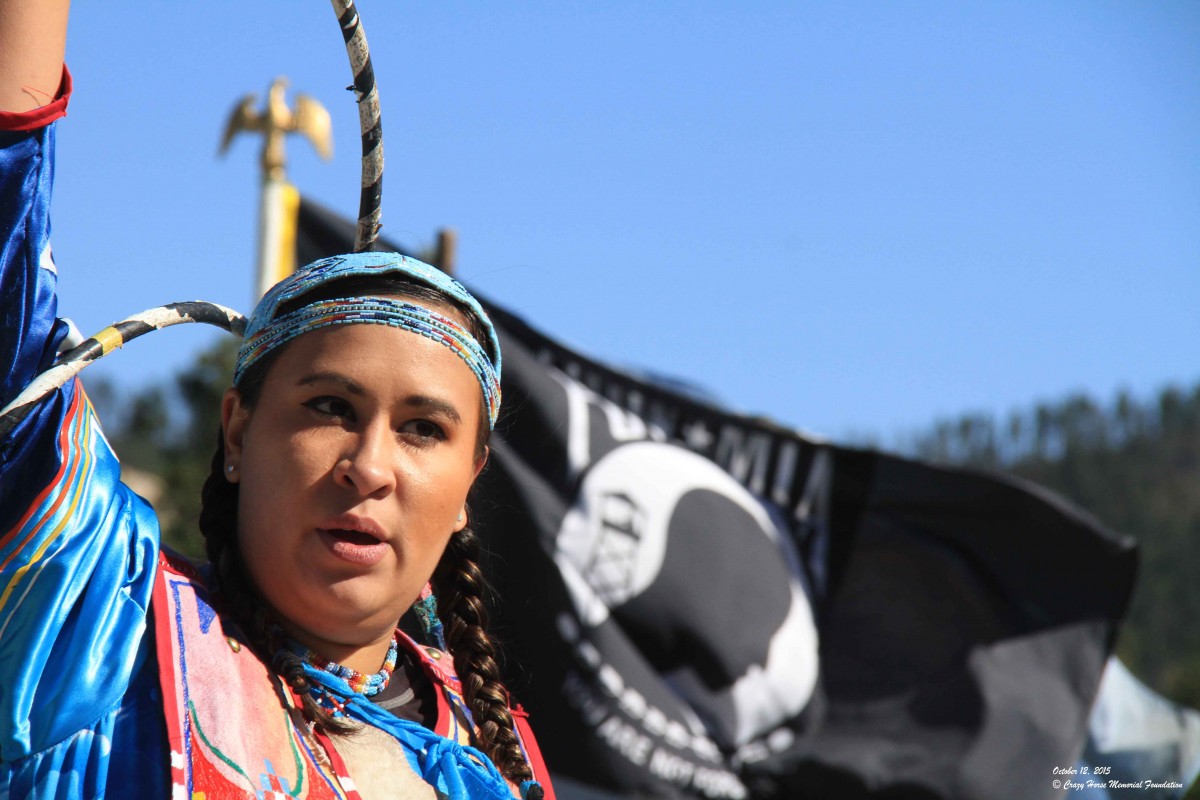