Crazy Horse Memorial will once again light up the famous mountain carving in blue to support "Light it Up Blue", a promotion for the United Nation's World Autism Awareness Day (WAAD). The "Light it Up Blue" campaign asks iconic landmarks, communities, businesses and homes around the world to unite by shining bright blue lights in honor of the millions of individuals and families affected by autism. The special lighting will take place on Thursday April, 2, 2015 beginning early evening until 10 PM.

Admission to Crazy Horse Memorial will be waived after 6 pm on April 2nd for everyone. 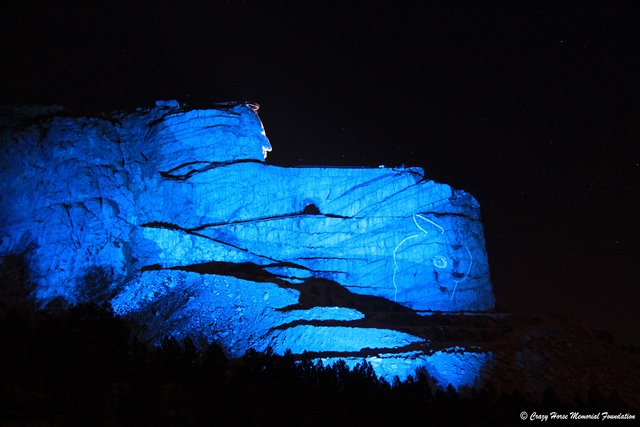