The popular Night Blasts at ©Crazy Horse Memorial occur on two special dates annually, June 26th and September 6th. Even though these blasts are not production (rock removing) blasts, they do require planning by the Mountain Crew. Look closely at this photo – often preparing parts of the night blast design requires Crew Members to access areas of the Mountain rappelling on ropes. This coming Sunday, June 26th, the night blast will honor Ruth Ziolkowski’s birth date (1926-2014) and commemorate the anniversary of the Battle of Little Big Horn (1876). 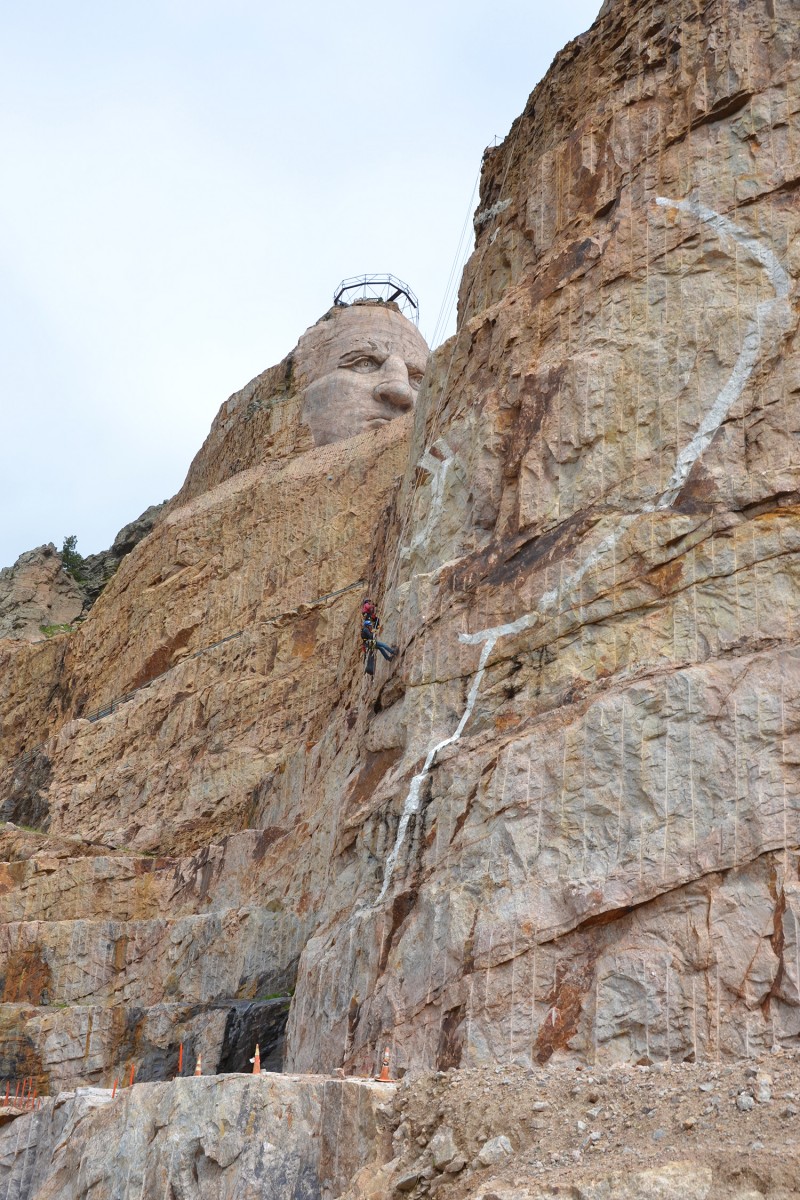