At the end of July, just less than a year from the date of the original sketches, the new Crazy Horse Pointing Machine arrived at the Memorial. It will be used for detail measuring during the finish carving of Crazy Horse’s hand and the horse’s mane areas of the Mountain Carving. This will allow the Mountain Crew to accurately locate points on the Mountain based on measurements from the latest one-sixtieth model.

The morning after its arrival, Mountain Crew members transported and securely mounted the base rail above where the outstretched finger of Crazy Horse will be. They then positioned the base trolley and measurement boom on the rail and learned its controls and operation, which included a compass for reading the horizontal angle of the boom, and counters for reading the length of the extended cable.

The present day Pointing Machine plan was dictated by Ruth Ziolkowski and daughter Monique, based on Mountain needs as ﬁnish-phases approach in several areas. The project was outsourced to TEI Drills of Colorado based on the quality work they had done on other equipment. Glenn Patterson, Vice President of TEI Engineering, keeps in contact with the Mountain Crew from afar and onsite. 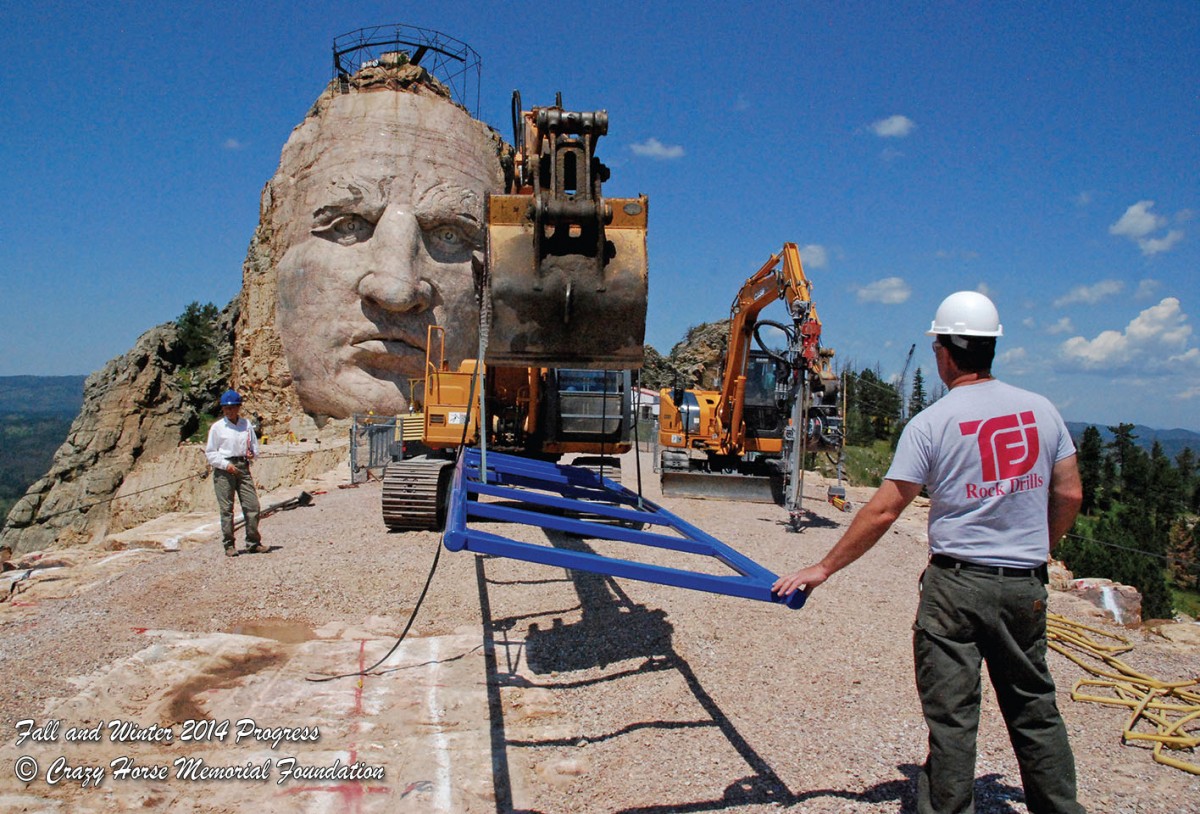