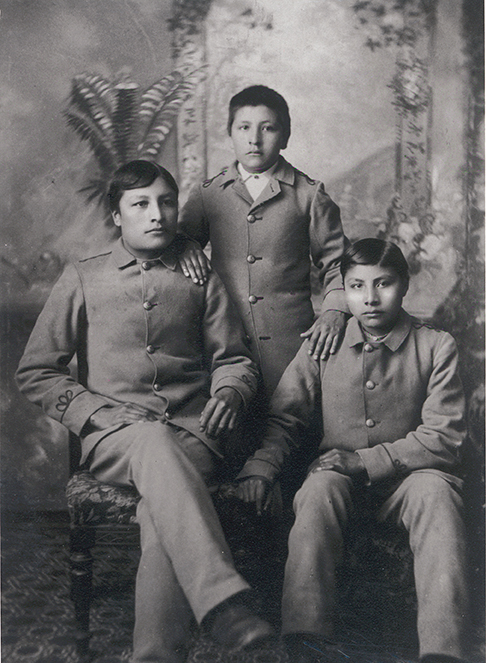 Chief Henry Standing Bear as a student at Carlisle

Brule Lakota Henry Standing Bear was born near Pierre, South Dakota, along the Missouri River – probably in 1874. In his early teens, Standing Bear became one of the first Native Americans to attend Carlisle Indian School in Pennsylvania where he took on the name of "Henry". As a result of attending Carlisle, Standing Bear concluded that in order to best help his people, it would be necessary for him to learn the ways of the non-Native world. Somewhat ironically, Carlisle – an institution that was designed to assimilate Native Americans out of their indigenous ways – became a source of inspiration that Standing Bear would repeatedly draw upon to shape his enlightened understanding of cross-cultural relationships, as well as to find new ways of preserving his people's culture and history. Standing Bear began to develop and hone leadership skills like public speaking, reasoning, and writing. In addition, Standing Bear realized that because of the changing times, the battle for cultural survival was no longer to be waged with weapons, but with words and ideas. Subsequently, this realization became a driving force behind much of his work during his adult life and led him to become a strong proponent of education.

Standing Bear attended night school in Chicago while he worked for the Sears Roebuck Company to pay for his schooling. In large part as a result of his education and his willingness to engage the non-Native world, he became heavily involved in the affairs of his people over the course of his life —working with Senator Francis Case and serving as a member of the South Dakota Indian Affairs Commission. He even led the initiative to honor President Calvin Coolidge with a traditional name – "Leading Eagle." Not one to miss an opportunity for advocacy; during the naming ceremony Standing Bear challenged President Coolidge to take up the leadership role that had been previously filled by highly-respected leaders such as Sitting Bull and Red Cloud. 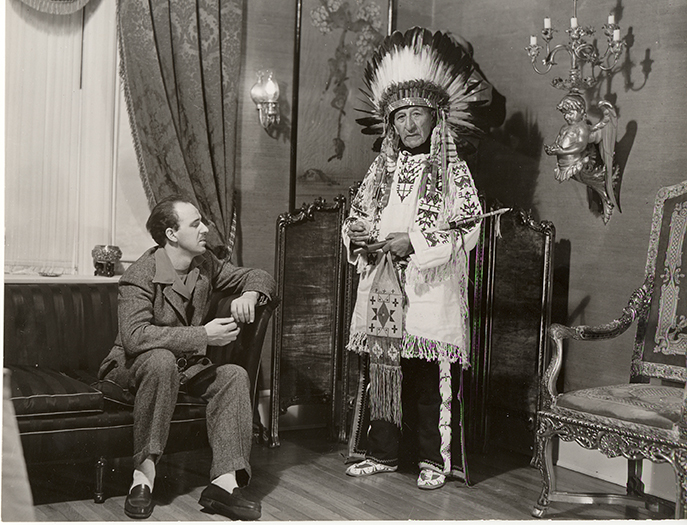 In 1933, Standing Bear learned of a monument that was to be constructed at Fort Robinson, Nebraska. The monument was to honor his maternal cousin, Crazy Horse, who was killed at Fort Robinson in 1877. Standing Bear wrote to James Cook who was steering the planned project – sharing with Cook that he and many of his fellow Lakota leaders had formed the Crazy Horse Memorial Association and were promoting a carving of Crazy Horse in the sacred Paha Sapa – Black Hills. Standing Bear explained that as a relative of Crazy Horse, it was culturally appropriate for him to initiate such a memorial to his cousin. In addition, Standing Bear believed strongly that the Black Hills, because of the spiritual significance to the Lakota people, was the only appropriate place for such a memorial. These two beliefs would finally lead Standing Bear to search for a man with skills great enough to carve a memorial to Crazy Horse. 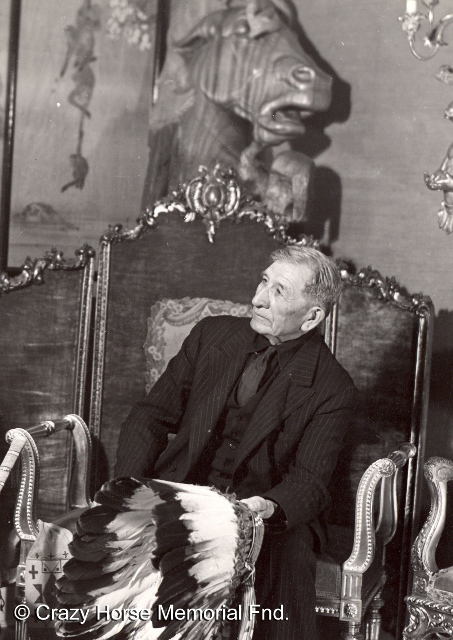 He would not rest until there was a memorial located in the Black Hills which honored his people, and equally large in scope and vision as the memorial being carved at Mt. Rushmore. At one point, he even approached Gutzon Borglum to advocate for a Native American addition to the Shrine of Democracy.

In keeping with the legacy of persistence and advocacy that he created during his lifetime, Standing Bear refused to give up. His continued search would eventually lead him to prize-winning sculptor, Korczak Ziolkowski.

Standing Bear is reported to have spoken on behalf of the elders when he invited Korczak Ziolkowski to carve a Memorial to honor his people. Chief Henry Standing Bear shared a message of hope and reconciliation. Korczak accepted the invitation and the project began. On June 3rd, 1948, motioning toward Thunderhead Mountain, Standing Bear conveyed to those in attendance at the dedication ceremony that the newly-initiated Memorial would serve to create cross-cultural understanding and to mend relations between Natives and non-Natives – an especially powerful sentiment coming from a man who spent his entire life working to understand others and, in turn, educate others about his people and their culture. 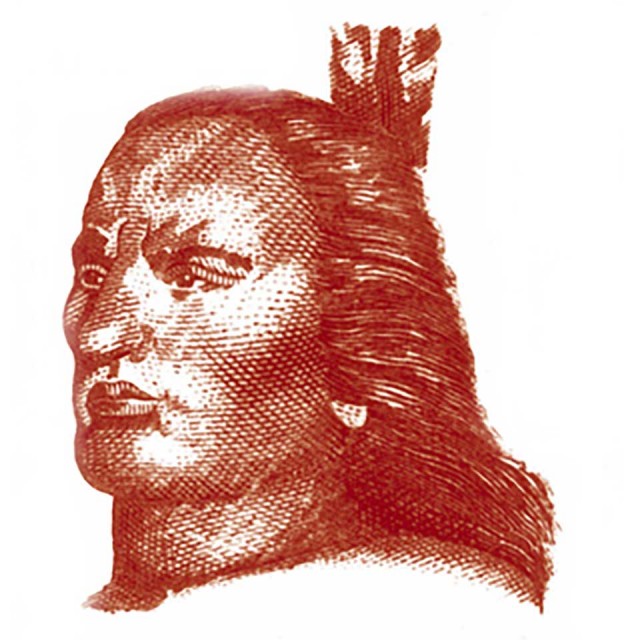 About Crazy Horse the Man

The son of a medicine man, Crazy Horse spent the early years of his life raised by the women of his tiospaye or family. 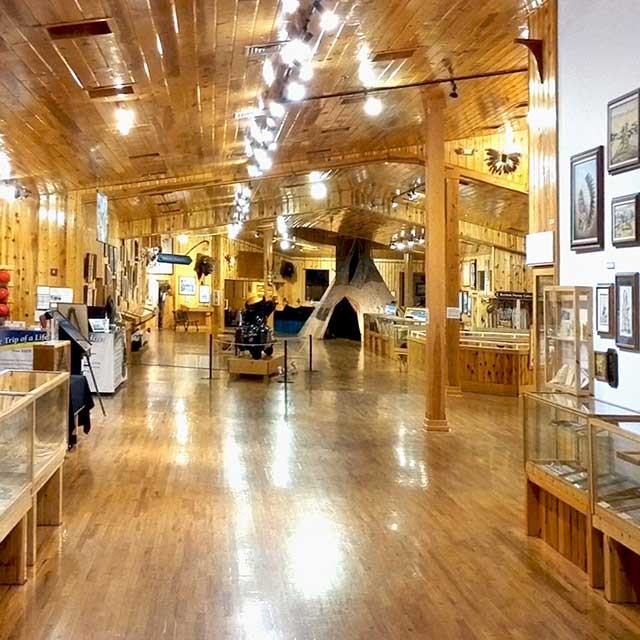