The original log home or “Big Room” as it is lovingly referred to by the Ziolkowski children, grandchildren, and great grandchildren, is still used for family functions. Many Christmas dinners have been celebrated in this room for over 71 years! Korczak lived in a tent for the first seven months of the project. He hand cut trees for a log cabin and studio home that was so well-built that it remains as part of the visitor's complex to this day. Korczak, always unique in his approach to building, used log beams 70 feet long and built a 30-foot skylight into the home, to be able to see the Mountain. He and his wife Ruth cleared timber and built the first roads to the studio home and to the Mountain – which was no small feat. Ruth, did all of the peeling and chinking of the logs for the home.

Always one to think ahead, in anticipation of a time when the curious would come to visit and observe the progress at the Mountain, Korczak filled the home with his collection of antiques from his West Hartford, Connecticut home and original works of sculpture. The Ziolkowski log home is open to visitors. Antiques featured in the "big room" include a Marie Antoinette mirror, Louis the 16th chairs, and the glass topped table that Korczak made from a four legged piano. The sculptor's home features a collection of original pieces created by Korczak himself; comprising of the horse's head that he carved in 9 days, Old Pagan, Polish Eagle, and many people he admired.

Within the workshop and sun room, which Korczak and Ruth built in 1962 and which remain an integral part of the visitor's complex to this day, visitors experience an eclectic mix of work and narratives. Beyond an unassuming exterior lives an extraordinary interior that holds exhibits representing a large swath of the history of Crazy Horse Memorial®. The items found within, comprised of a variety of wood, bronze, marble and casts, are projects that the sculptor continued to work on in the winter months when he could not work on the Mountain. One item that is housed here is the wooden toolbox that Korczak made when he was just 18. This piece, rather simple, functional, and unadorned, represents a young artist who was readying his tools for a lifetime of creation, and, little did he know, readying himself for taking on a carving project of an unprecedented scale. Surrounding the toolbox is a large mix of his other works – some which took a handful of days to create, others that took months to create, and still others that were works in progress when the sculptor passed on in 1982.

Also, exhibited in the workshop are items that consistently pique the curiosity of visitors. One such item is a full-sized, original Concord Stagecoach that Korczak acquired in a trade for some of his work. After bringing the coach back to the Memorial, Korczak and children Monique and Adam worked tirelessly to restore the coach. Likewise, this piece represents the beginning of the next generation of the Ziolkowski family who would dedicate their lives to Crazy Horse Memorial® and would step up to take on various duties related to the humanitarian project. Other items include the drums and costumes which hang in the workshop to represent the Noah Webster Fife and Drum and Corps – a group of young folks who made the journey from Connecticut to help Korczak in the beginning – among these was Ruth Ross (Ziolkowsk). In addition, there are portraits of several individuals who were special to the sculptor, such as Pete Lien, a close, long-time friend and a bronze of the carving that the sculptor presented to President John F. Kennedy in 1962, when the President dedicated the Oahe Dam north of Pierre, SD after Chief' Standing Bear's passing. The sculpture of Standing Bear now sits near the entrance of the workshop – reminding all those who enter of the promise that the sculptor made to his Lakota friend and of the humble beginnings of the work on Crazy Horse Memorial®. Accordingly, as weather and the seasons would permit, the latter part of the 1960's would see increased progress on the Mountain . . . This area of the Crazy Horse complex is home to many of Korczak’s early works and is tribute to his early life in the Black Hills. 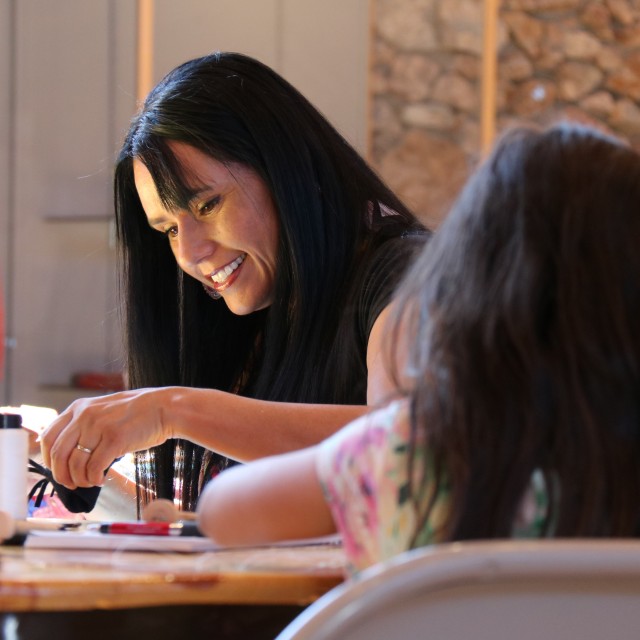 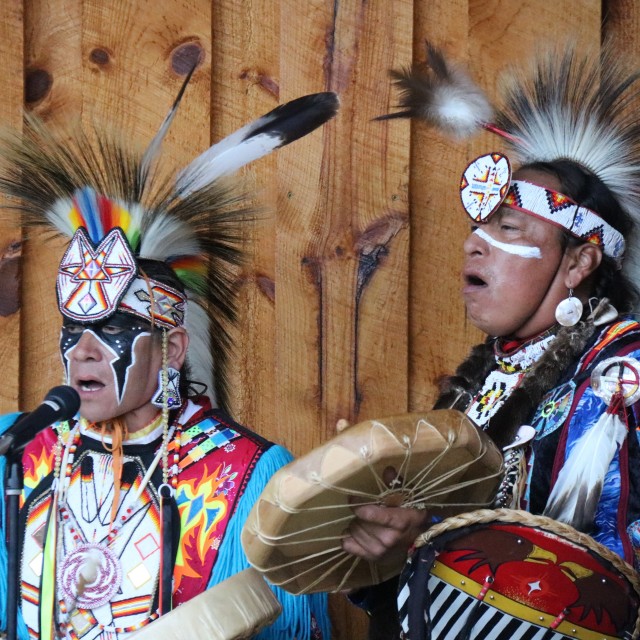 The five programs created to help Native artists achieve prominence and support in the arts.