According to Dr. Laurie Becvar, Crazy Horse Memorial’s president and chief operating officer, the new team is already working hard on preparations for this year’s summer programs in partnership with the University of South Dakota, and the fall-semester Wizipan Leadership and Sustainability Program in partnership with South Dakota State University.

“We are so excited about this team,” Becvar said. “They are dedicated to the university’s four pillars of strength, which are our innovative partnerships; our strong student support system; the tactical nature of our instruction, which puts theory into practice through research and internships; and our teaching of narratives that create a bridge of reconciliation and healing between all peoples.”

Director Joshua Rudnik grew up in the Rapid City area. He earned a Bachelor of Arts degree in English at Metropolitan State University in Denver and a Master of Arts in English at the University of South Dakota, and he is nearing completion of his Ph.D. in Creative Literary Studies at USD. He has worked with Crazy Horse Memorial for six years.

“I grew up in the area, and Crazy Horse always was in the background, but I didn’t learn about the Indian University of North America until I was a graduate student,” Rudnik said. “I worked here during the summers at first, then went full time in June 2020. I fell in love with teaching and wanted to continue educating and being a mentor for these students. When the director position opened up, it seemed like the next logical step for me.”

Associate Director Whitney A. Rencountre hails from Fort Thompson, South Dakota. He is Dakota/Lakota and is a member of the Crow Creek Sioux Tribe. Rencountre first worked as a Native Studies teacher at Marty High School, and then went on to serve as Ateyapi program director at Rural America Initiatives, a position he held for more than 11 years. He earned his

“Four summers ago, my family got involved here at Crazy Horse Memorial in different capacities — the summer cultural presentations, the lecture series, speaking at the university’s opening ceremonies,” Rencountre said. “It piqued my interest, that there were kids here from all types of backgrounds, and from all over the country.

"I want to help students transition successfully from home to university life, and there’s such great energy here,” he continued. “I’m proud to be part of a team that’s helping to create something special.”

Manager of Residence Life Nathaniel “Nate” Watahomigie is a member of the Havasupai Nation. He earned his Bachelor of Science degree in Hotel and Restaurant Management at Northern Arizona University in Flagstaff, and his journey in the last 20 years has taken many turns.

Watahomigie taught algebra at Arizona’s Children Association in Tucson, teaching youth with emotional and anger issues as well as youth who suffered from substance abuse. He went on to serve as the intensive in-home clinical team lead for the facility, a position he held for nearly six years.

Later, Watahomigie worked as a care coordinator for Casa De Los Niños in Tucson. During his time there, he developed the Young Adult Program, which focused on teaching job and life skills to at-risk youth so they could successfully transition to adulthood. After that, he said he needed a break.

“I have a degree in hospitality, so I went back to that,” he explained. “I was with a company that works with the large national parks. I started at the Grand Canyon and then went on to Glacier. I never thought about South Dakota, but during the pandemic in 2020, I drove to the Badlands. I thought, I’ll be here next year.”

Indeed, when Glacier National Park shut down, Watahomigie found himself looking at jobs in the Black Hills. He said the opening with the Indian University of North America was one of the first positions he saw.

“I always said I’d go back to supporting young people one day,” Watahomigie reflected. “This work involves education and helping young people achieve their dreams. And all of us here have the same goal — to see the university program grow and be successful.”

And it will do both, according to these three leaders. The Indian University of North America, they said, is special.

“What especially makes it unique is that it combines Native and non-Native visions,” Rencountre said. “That’s an important part of Crazy Horse Memorial’s own story, and Korczak and Ruth Ziolkowski’s vision. It’s a real collaboration that demonstrates what’s possible.”

Rudnik and Watahomigie both acknowledged the importance of the system the university has in place to stay connected with former students after they leave the program.

“That allows us to follow up and provide support when and wherever it’s needed,” Watahomigie said. “These young people, their journeys don’t end with the program. We let them know that we’re always here for them.”

“We reach out constantly, especially during the pandemic,” Rudnik observed. “Kids are struggling with online learning and feeling isolated. We encourage them, we help with letters of recommendation, and we connect them with contacts and scholarships that we feel will be a good fit. We teach them how to write cover letters and resumes, we review their work, and we offer feedback. We help however we can.”

This year, the Indian University of North America hopes to welcome a full cohort of 32 students to its first-level summer program. That number will drop to 16 if the public health situation remains risky; that will allow each student to have his or her own residential room, with plenty of space in class for social distancing.

Rudnik said his team is enthusiastic about the year to come. He noted that the Wizipan program had a successful first year, despite the challenges presented by the pandemic.

“We’re looking forward to building from this point, developing partnerships and growing the program,” he said. “We’re also looking forward to bringing bigger names to the university, and involving elders in our activities. We want to our kids to know who our leaders are, because developing the next generation of leaders and culture bearers is just as important as educating them and supporting them in their academic and professional journeys.” 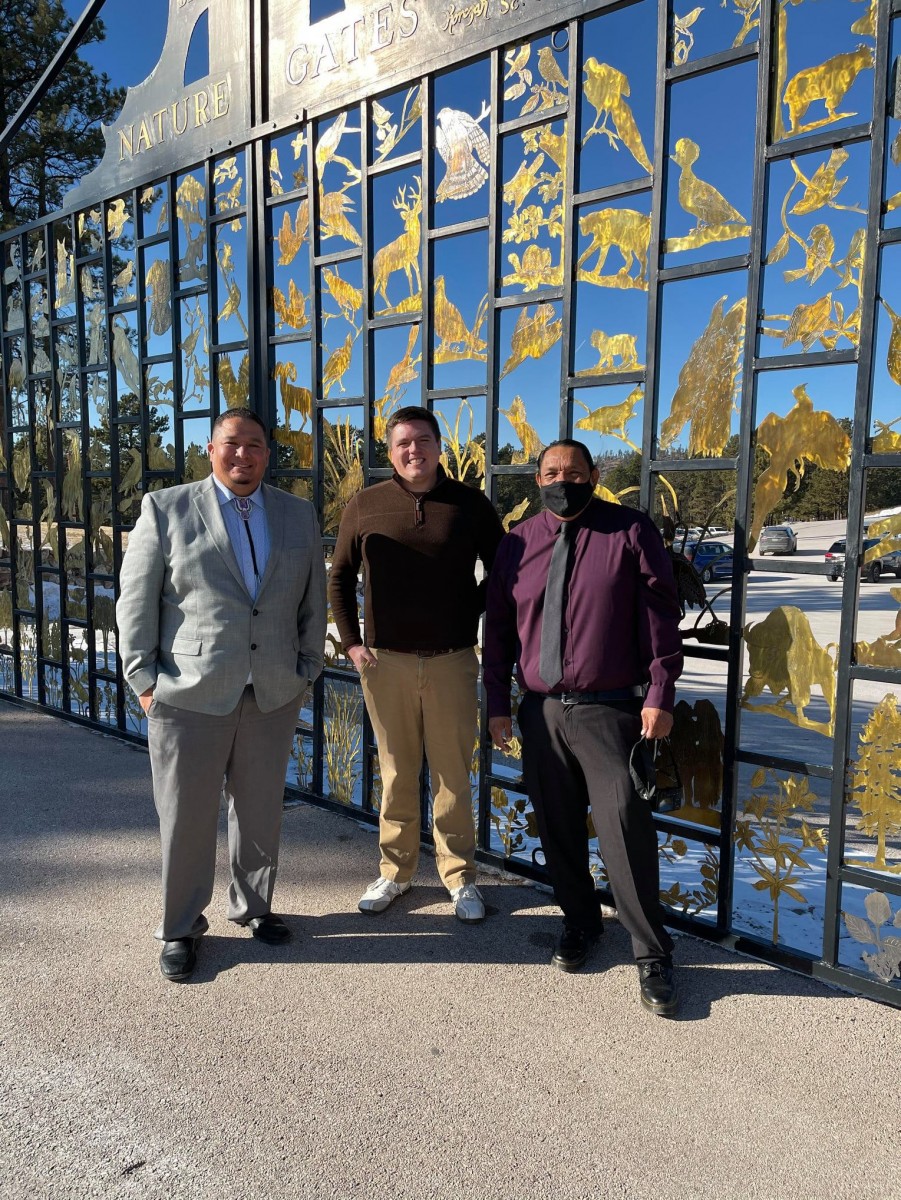