Visit and Celebrate Native American Heritage. The Memorial is open 9:00 am to 4:30 pm. Remember SD Day of Giving November 29, 2022. Click here to nominate a person for Educator of the Year.

Good News! This #MountainMonday is part of the highly requested “Meet the Crew Series” in which we would like to introduce you to a Member of the Crazy Horse Mountain Crew. This time, we go a bit behind the scenes so you can get to know the Mountain Welder/Fabricator and Mechanic, Evan B.
Evan has been working at Crazy Horse Memorial for 32 years. He started out as a welder, but his job has grown into a great deal more. Aside from some general upkeep done by other Crew Members, Evan is the primary individual responsible for the maintenance and repair on all of the Mountain Crew’s equipment, from changing oil to replacing bulldozer tracks, from hand drills to the Manitou 3255. He is also an extremely skilled welder who repairs and creates equipment to increase the productivity of the crew. Evan is the man behind the renowned three-sided rock hauling attachment for the Manitou, the “EVcavator”, and its sequel. In addition, when the snow falls, Evan is one of the first Crew Members onsite plowing and sanding Mountain access and other roads on Memorial property.
Evan is a mild-mannered man that takes it all in stride. He takes on each project with wisdom, determination and patience. In fact, the thing he enjoys the most about his work is the variety, expressing “It’s always something different you know. If you do anything…one thing…for too long, it gets boring.”
Evan wasn’t sure what to share with the world about his job, but said he would offer a suggestion explaining “I would give advice to youngsters as far as learn how to fix something… learn how to fix a toilet, learn how to change a tire, learn how to check the oil.” Evan stressed the importance of being capable of doing such things.
In his spare time Evan enjoys hunting, camping and spending time on a pontoon boat. He also plays on a local Volleyball team. Lastly he stated in a this-should-go-without-saying manner that he adores his family, including eight grandkids, and any time he is able to spend with them. 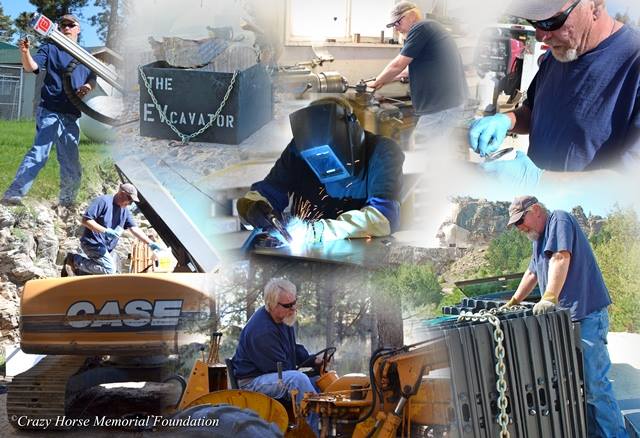